Through the years, Ms. Brunson’s success was chronicled in Time Magazine and The Wall Street Journal. She enjoyed mentoring young businesswomen and served as a consultant to various businesses. The Dorothy E. Brunson Foundation will continue her work and legacy through our mission.

Support and Promote Achievement of the Disenfranchised and Women in STEM, Business, and Media through Scholarship, Training, Networking, and Philanthropy.

Ways You Can Get Involved & Contribute to the Mission

LEARN MORE ABOUT HOW YOU CAN GET INVOLVED

What I know for sure is that what you give comes back to you.

WHY SHOULD YOU DONATE?

Dorothy E. Brunson dedicated her life to serving in missions across the world.

She also inspired generations by being the first to open doors with her tremendous contributions in media.

Our goal is to get a wax figure placed in the Great Blacks in Wax Museum.

HOW CAN YOU HELP?

We are always looking for trustworthy, skilled, kind, proactive volunteers who want to help our mission.

Let us know how you can contribute or the way you might help.  Here are a few ways:

Spread the word through social media

Design, print, and hand out flyers

Volunteer at our events

ARE YOU ABLE TO HELP?

Our ongoing mission is to create educational opportunities by offering Adult Educational Programs and Scholarships for Students.

"Tap In" Media Scholarship is made possible through individual donations and corporate sponsorships.

Your financial support can make a difference for a young person struggling to afford a college education.

Our goal is to have a wax figure placed in the Great Blacks in Wax Museum.

Let us know how you can contribute or any way you might help.

Your financial support can make a help with college education.

Start your recurring gift today to make an impact all year long. 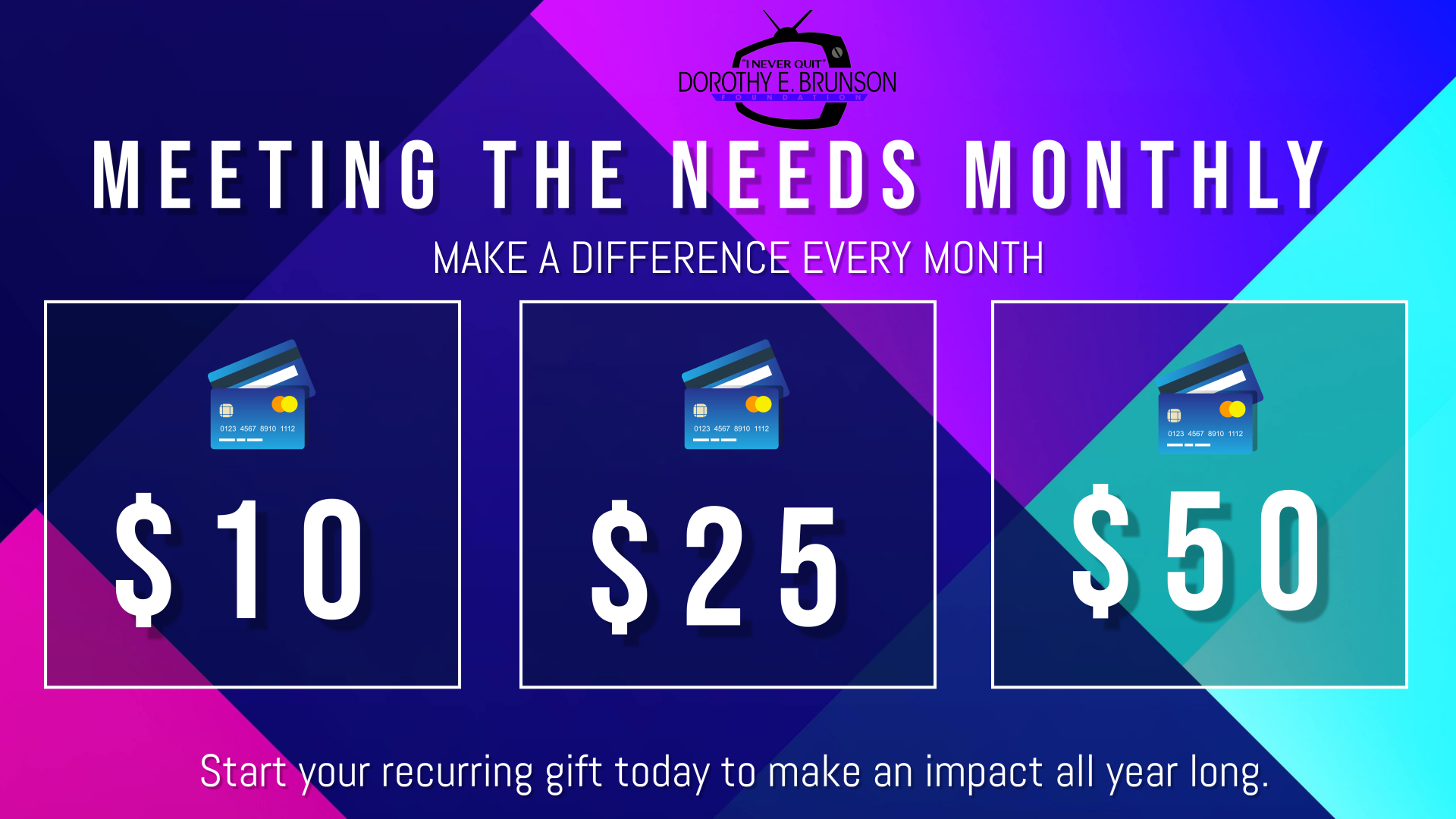 DISCOVER ALL THE WAYS TO GET INVOLVED

WE ARE COMMITTED TO COMMUNITY, EDUCATION, AND NEVER QUITTING! 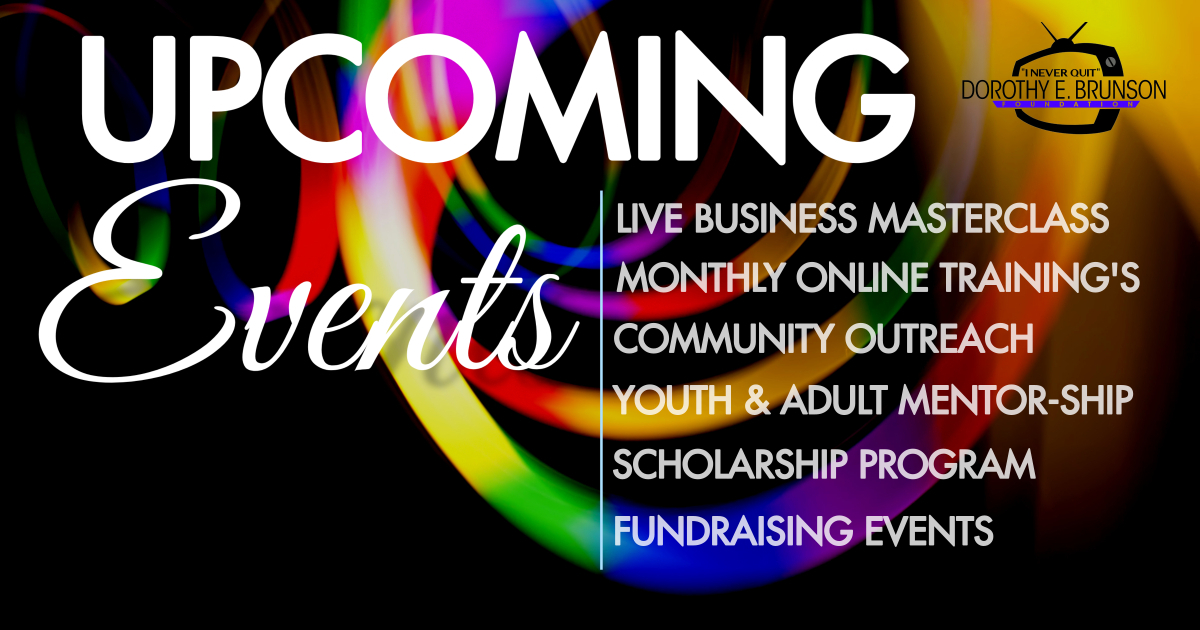 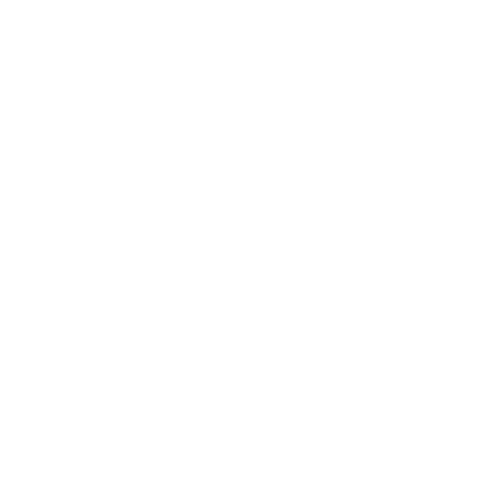 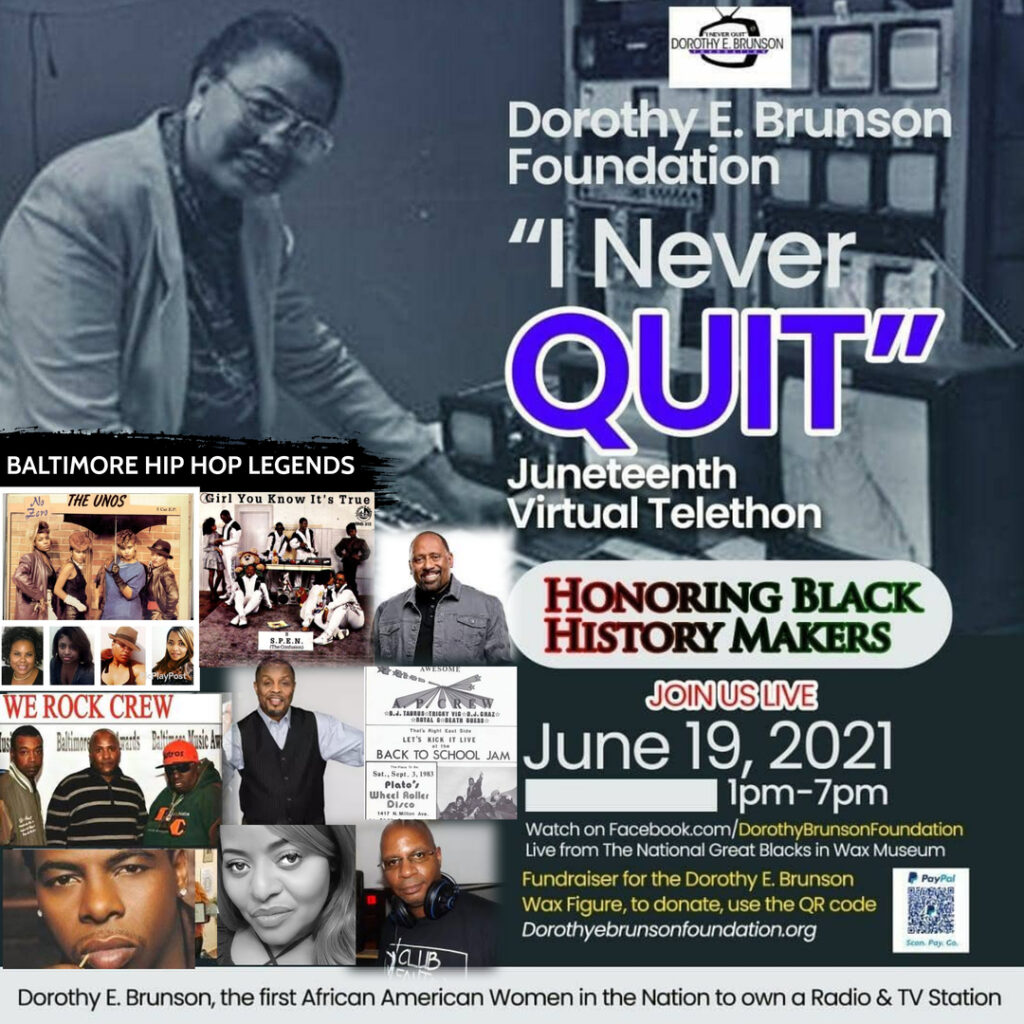 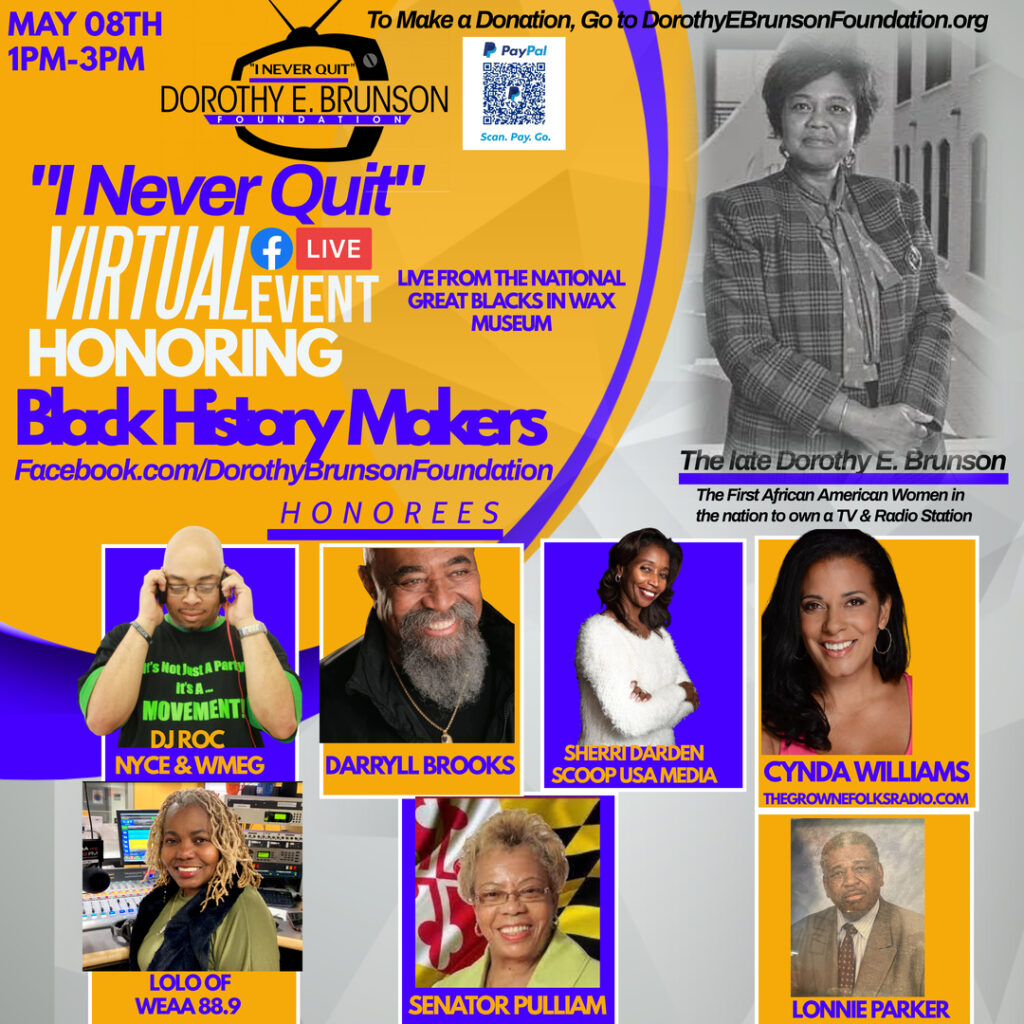 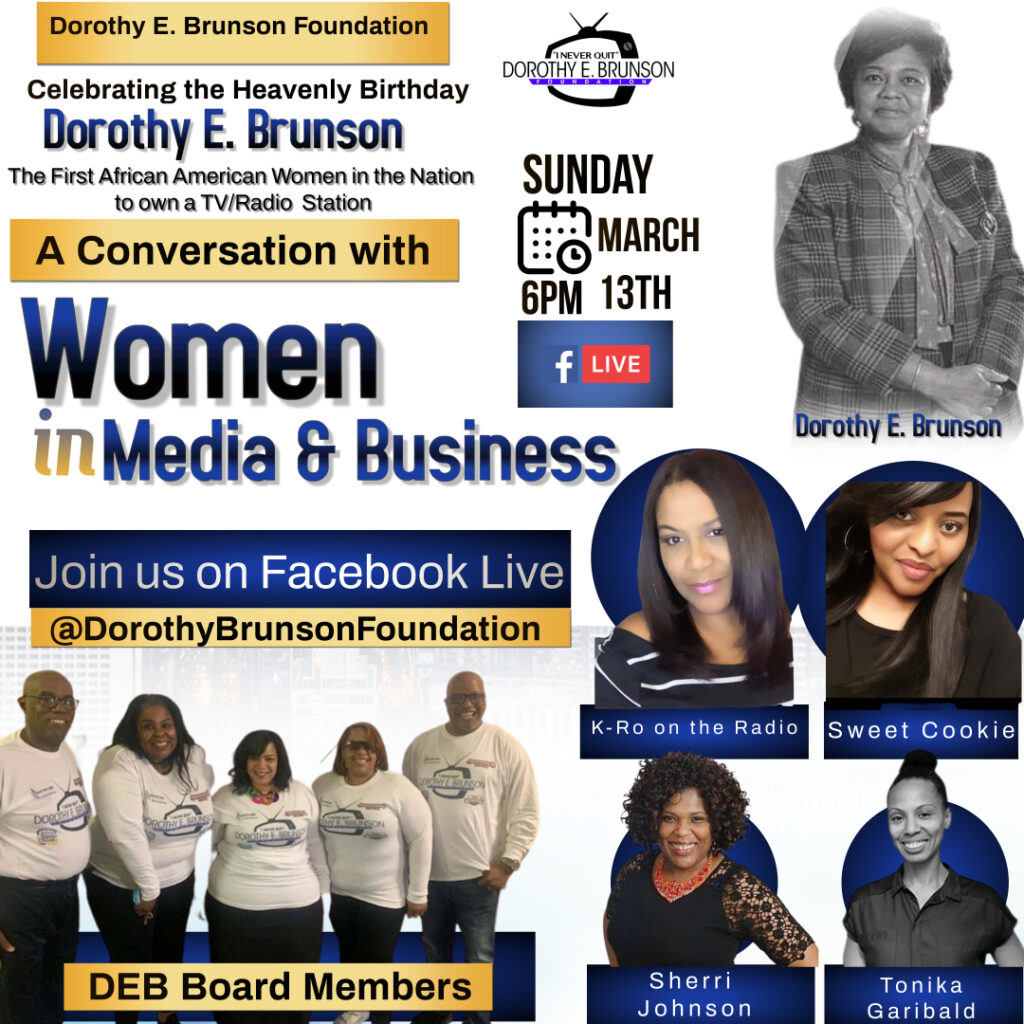 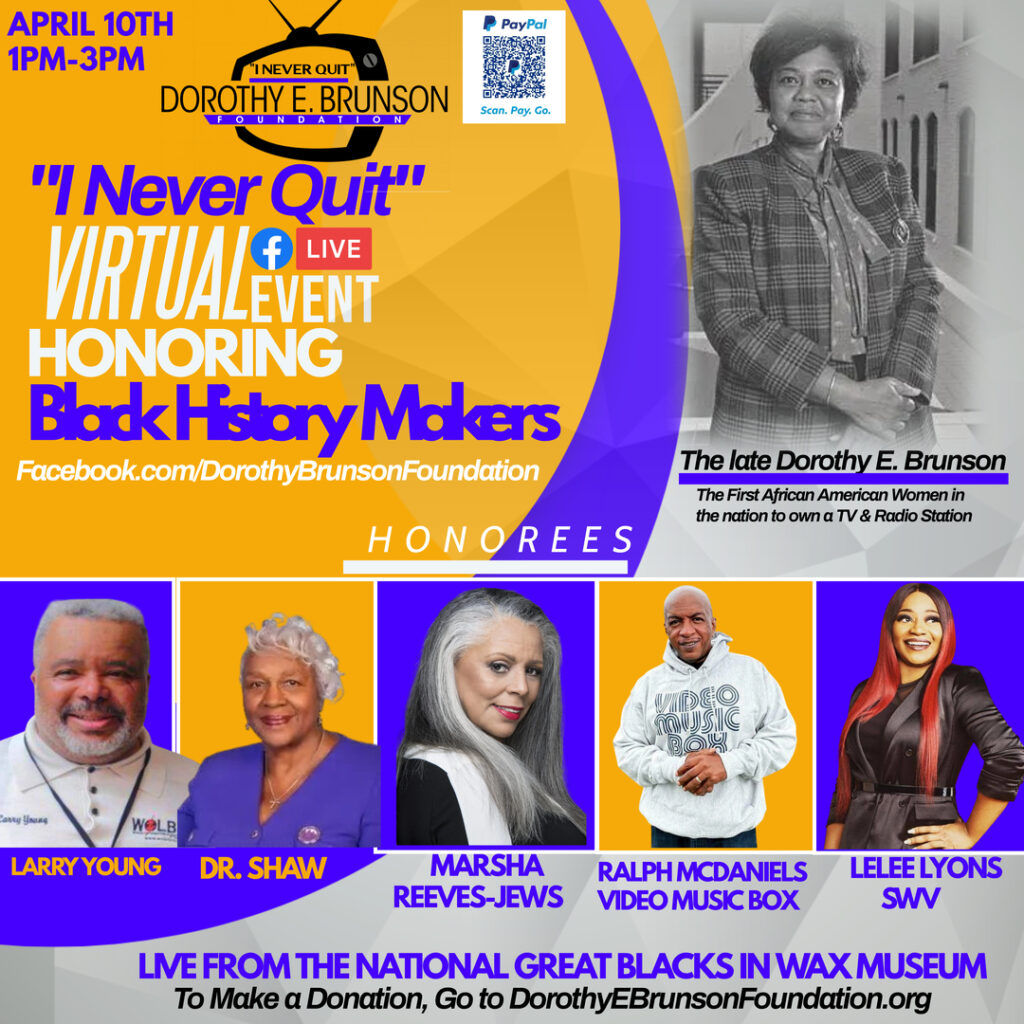 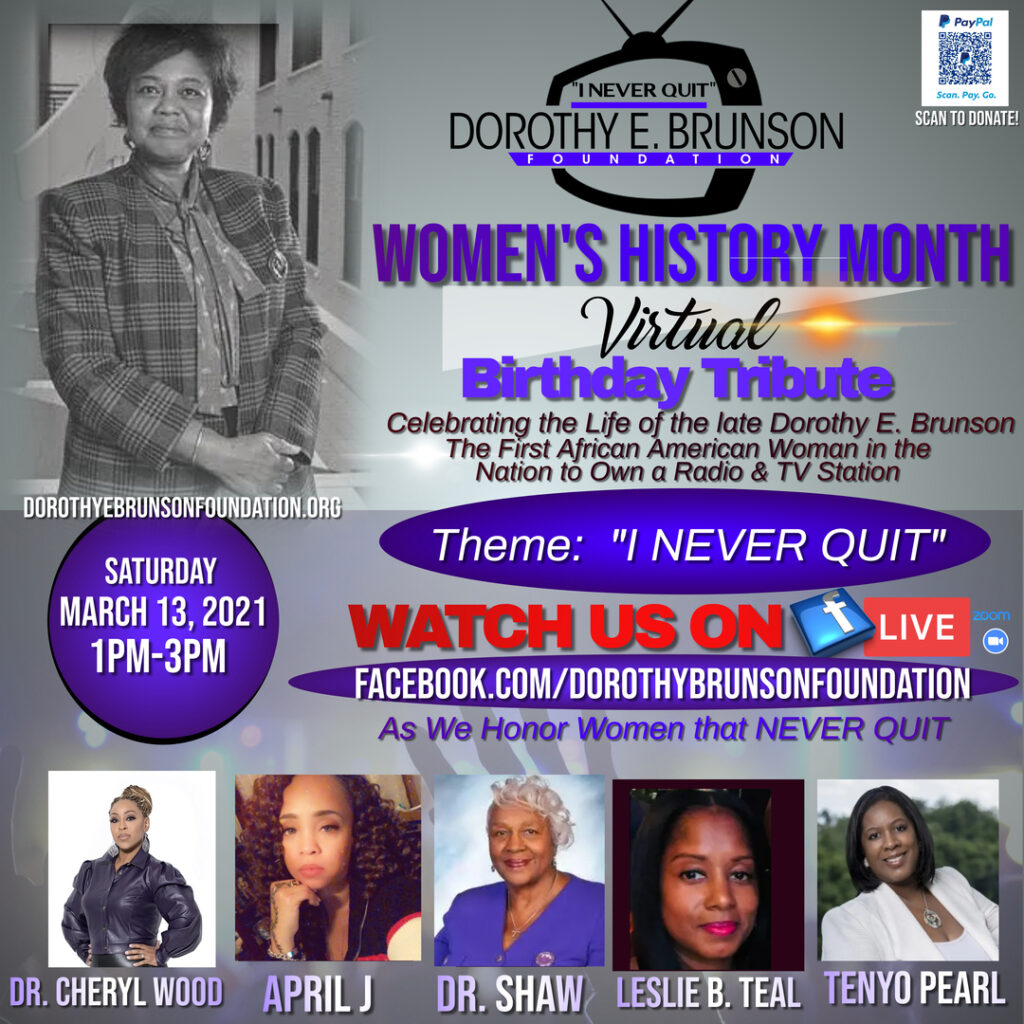 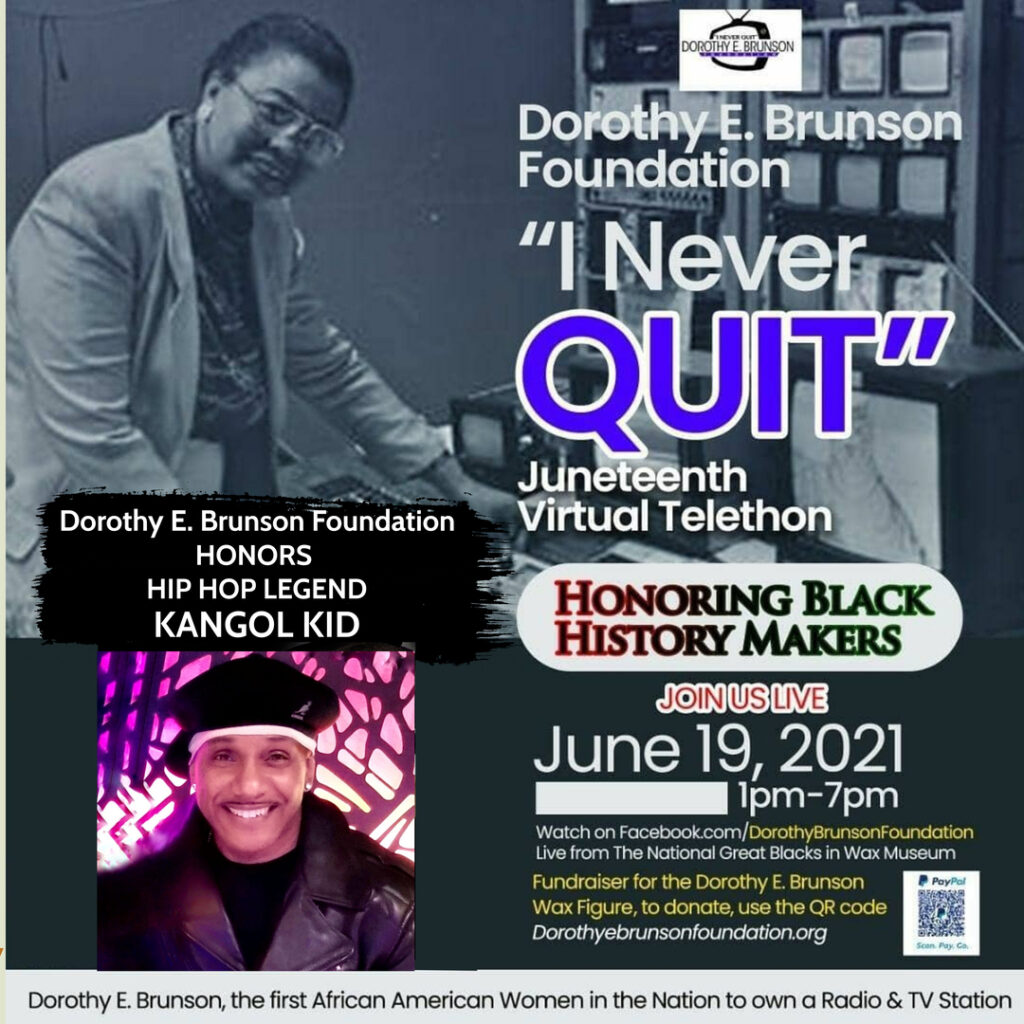 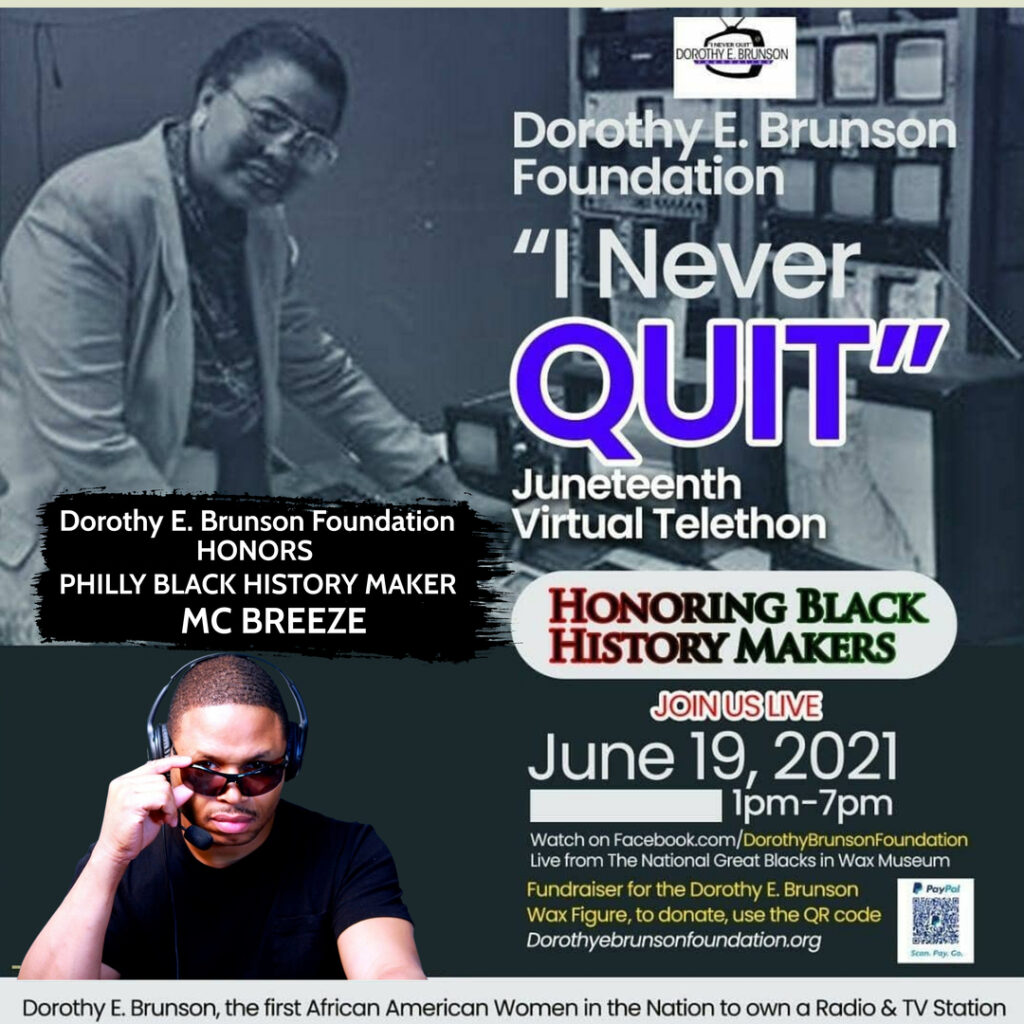 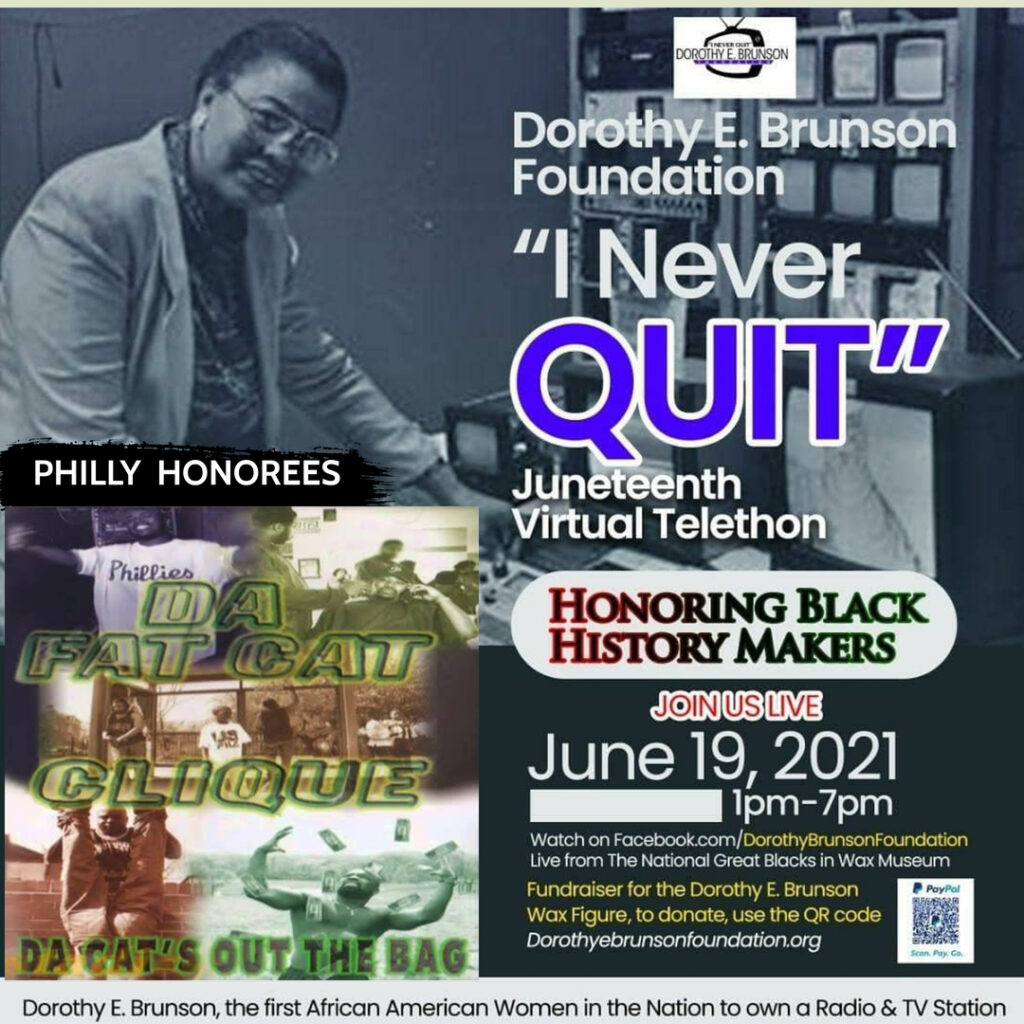 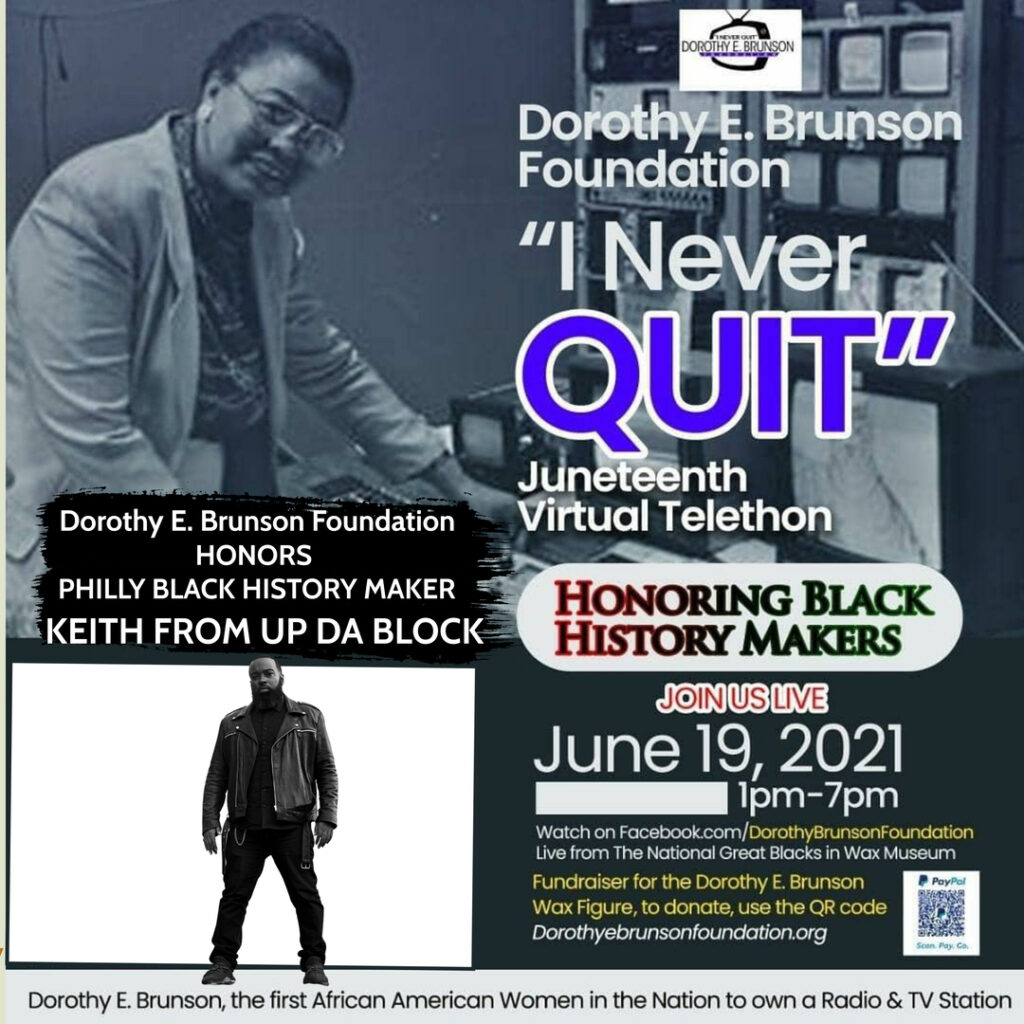 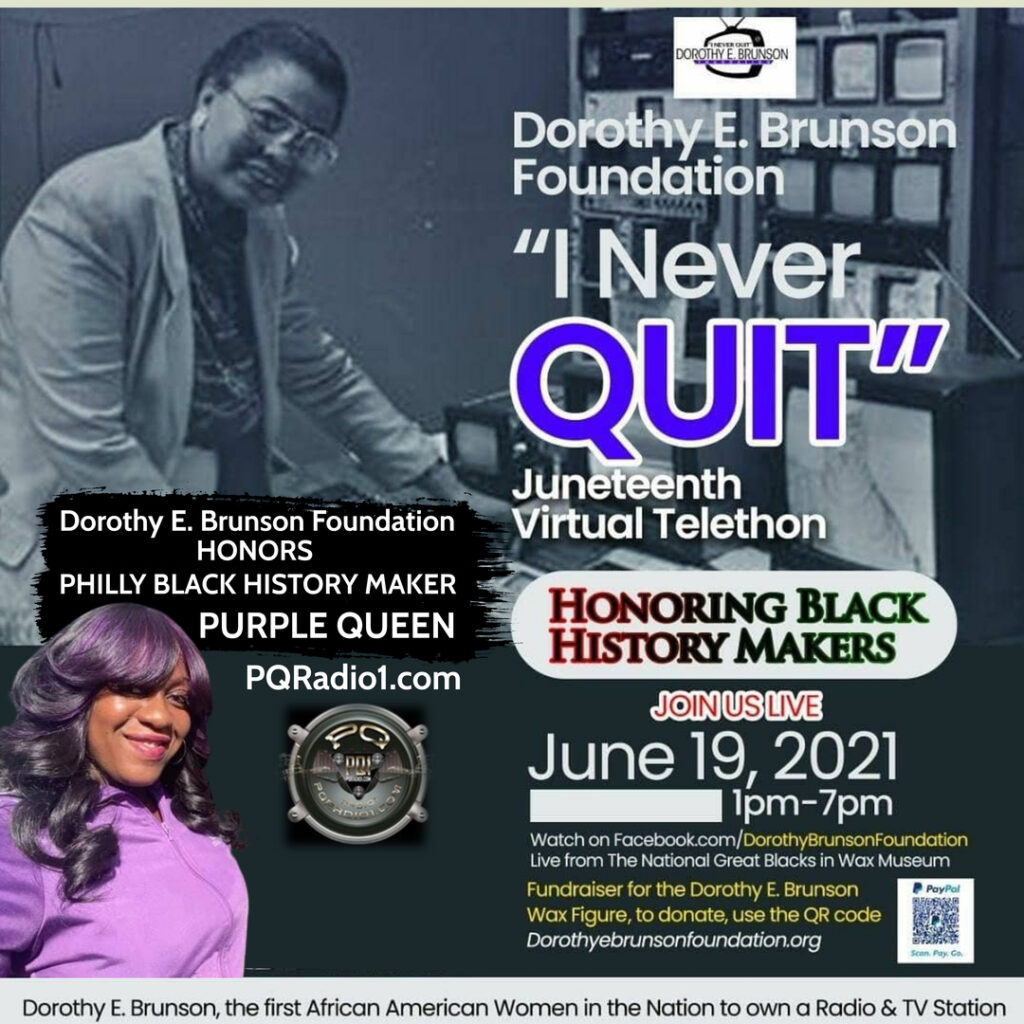 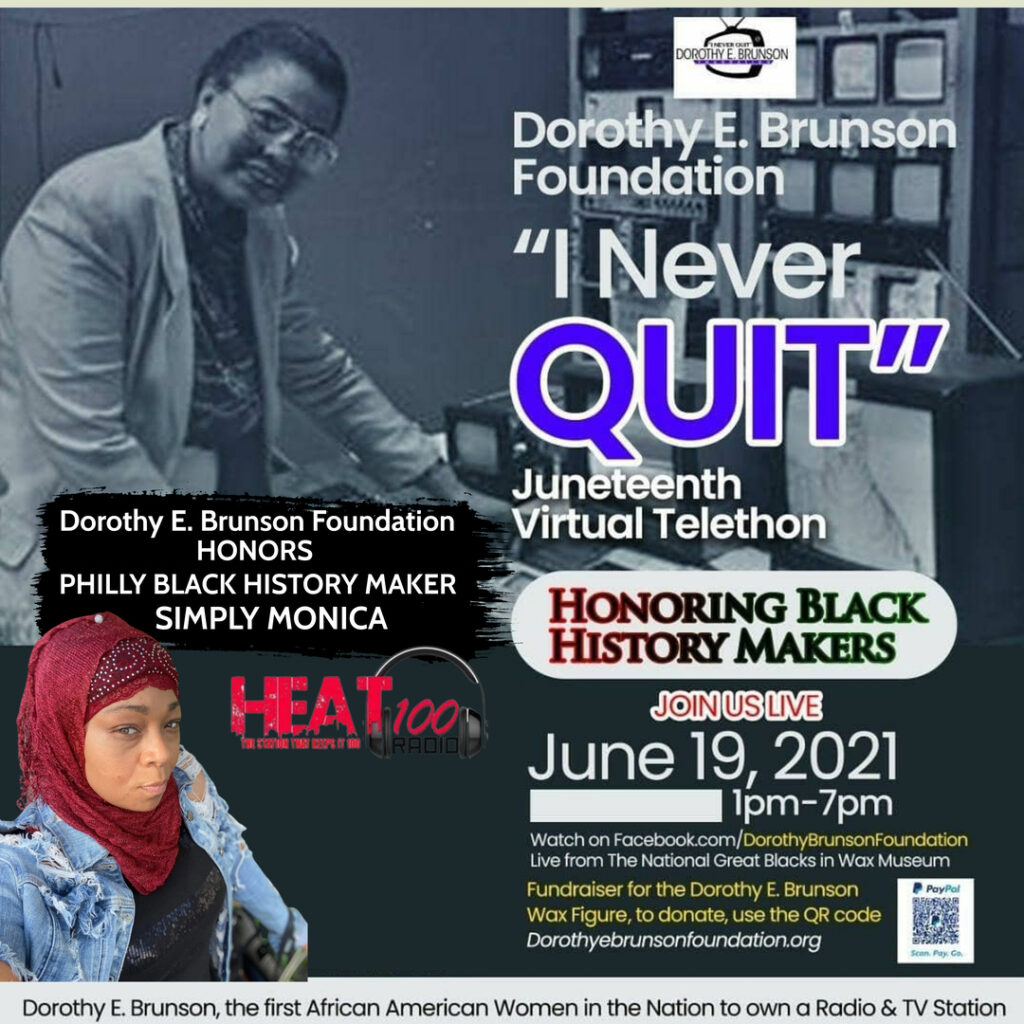 Celebrating the Legacy of

Ms. Brunson was the first African American woman to own and operate a television station, with her purchase of WGTW-TV Channel 48 in Philadelphia in 1986.

She returned to college and earned a bachelor’s degree in finance and accounting in 1960 from the State University of New York Empire State College in Saratoga Springs and went to work in 1962 as assistant controller of WWRL-Radio in New York City.

In New York City, she co-founded Howard Sanders Advertising, which was one of the first African American advertising agencies in the U.S., and Madison Avenue’s first.

Our Board of Directors 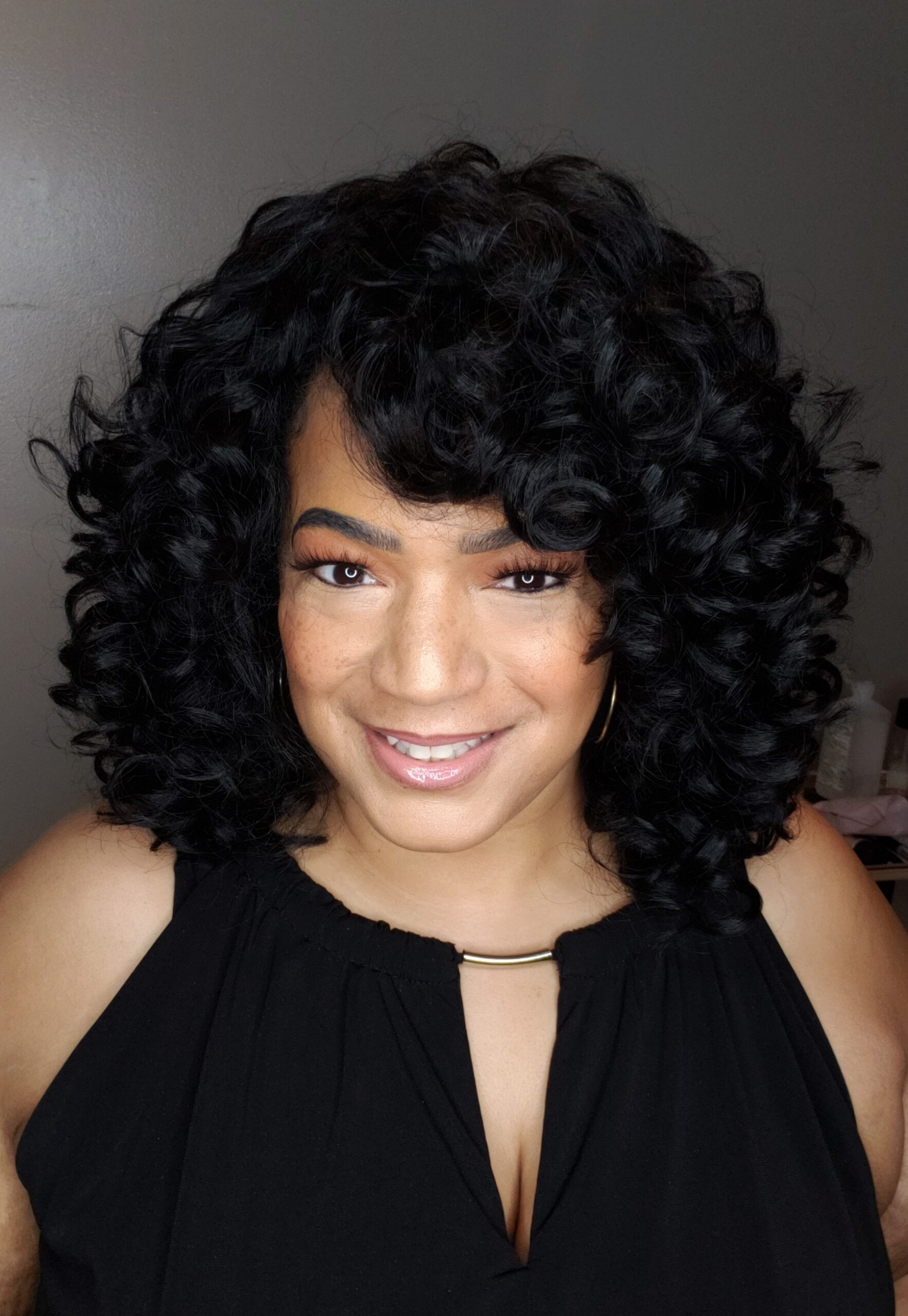 A Media Consultant affectionately yet authoritatively referred to as Philly’s Oprah. She climbed the corporate ladder from Intern to Executive Producer of Urban X-pressions, the longest-running video show in the
Delaware Valley. 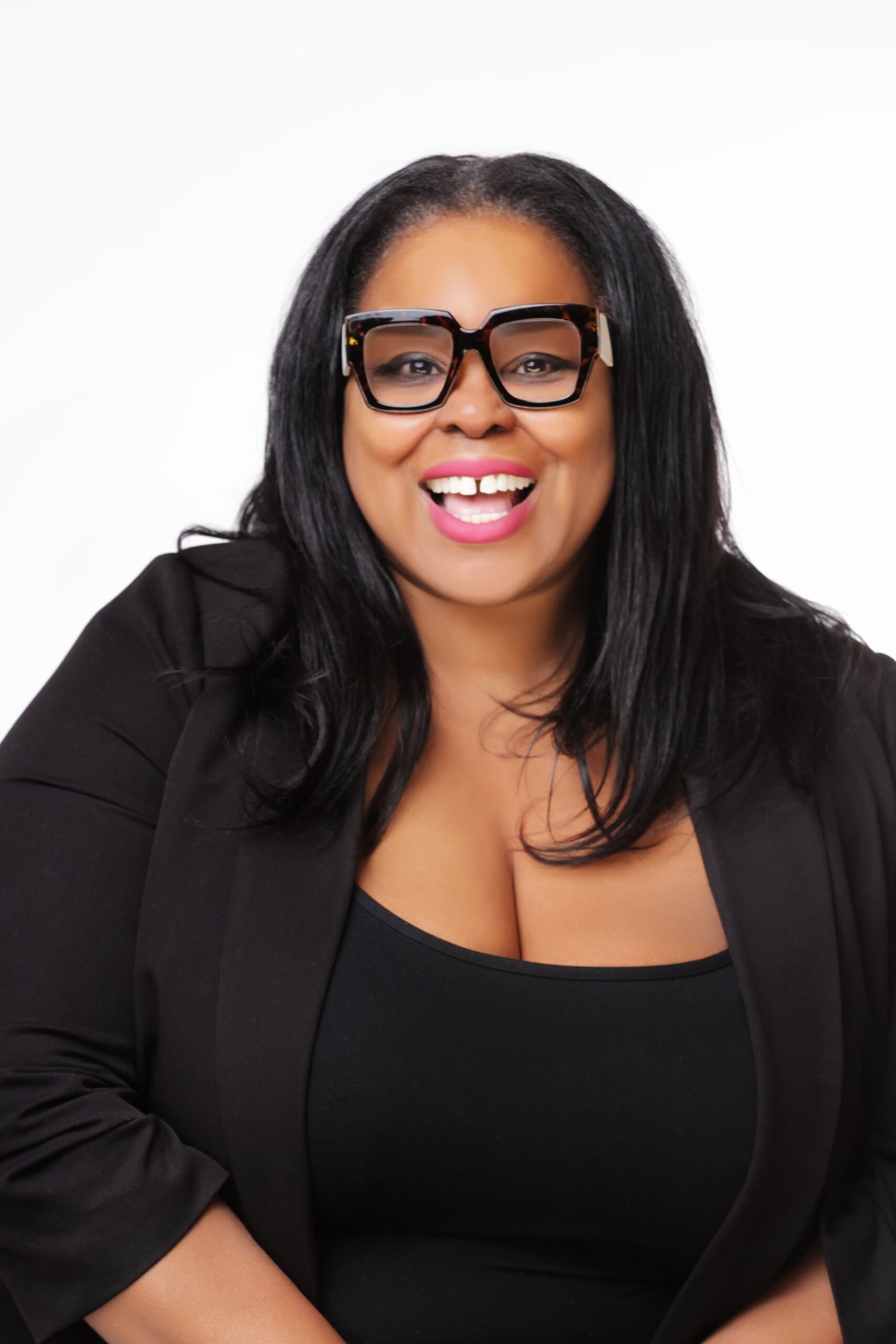 As a mother of an HBCU student as well as a businesswoman; (Broker of The Real Estate Store of Maryland LLC), I serve my community with intention and strength. I’m a hard study and I’m passionate about the caveats that I find interesting.

A multi-talented entrepreneur with a passion for life.  She’s professionally known as Monie On Da Scene, made famous by being a co-host of the Word on the Street Segment on Urban X-pressions. 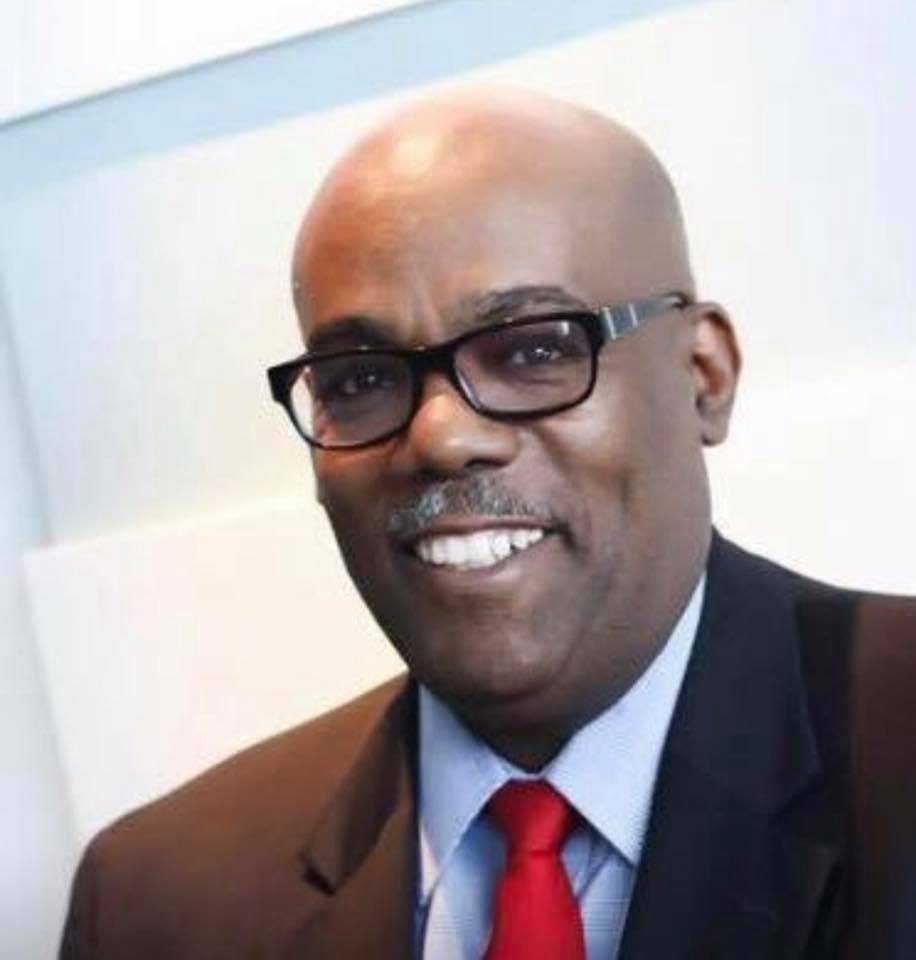 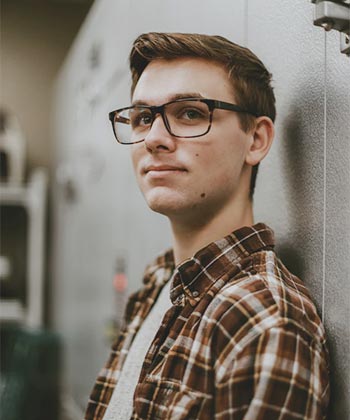 Please stay connected with us.

Be a part of a mission worthy of your commitment and trust. Join in and become a partaker of this good feeling.
The Dorothy E. Brunson Legacy continues with you!