“I NEVER QUIT, An Online Tribute to Woman and Black
History Makers”. At The Great Blacks in Wax Museum - Baltimore 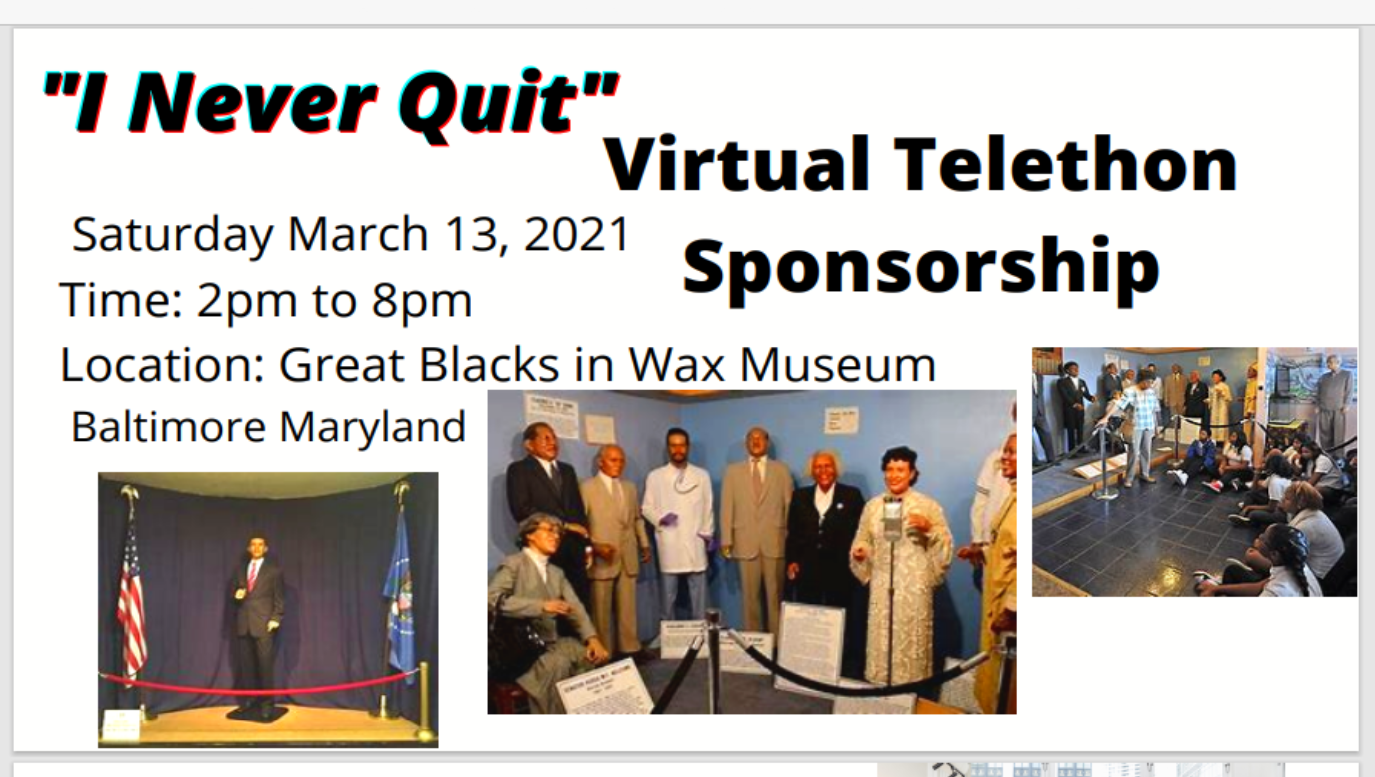 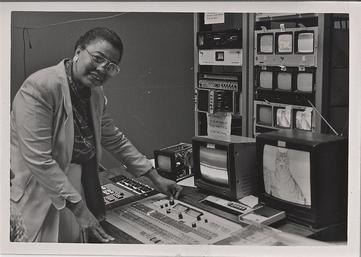 Ms. Brunson was also the first African-American woman to own and operate a television station, with her purchase of WGTW-TV Channel 48 in Philadelphia in 1986.

She returned to college and earned a bachelor’s degree in finance and accounting in 1960 from the State University of New York Empire State College in Saratoga Springs, and went to work in 1962 as assistant controller of WWRL-Radio in New York City.

In New York City, she co-founded Howard Sanders Advertising, which was one of the first African-American advertising agencies in the U.S., and Madison Avenue’s first.

By 1978, annual sales rose from $500,000 to more than $23 million, and as manager of WBLS, Ms. Brunson had turned the failing operation into the sixth-largest radio station in the nation.

She gained listeners by initiating a Top 40 format that also leaned heavily on rhythm and blues.

Ms. Brunson turned her attention to Baltimore after leaving the New York station in 1979, when she established Brunson Communications Inc. and purchased WEBB for $485,000. WEBB was established in 1955 and named for the legendary Baltimore-born and raised swing-era musician, William Henry “Chick” Webb.

The station, which was in bankruptcy, had previously been owned by James Brown, the American singer who was known as “The Godfather of Soul.”

With the purchase of WEBB, Ms. Brunson became the first African-American woman to own a radio station in the United States.

In addition to the station being in deteriorating condition, owing back taxes and being mired in bankruptcy, Ms. Brunson also had to deal with some 600 violations that had been filed against WEBB by the Federal Communications Commission.

“I was naïve,” she told Working Woman magazine in an interview some years later.

“I realized I had my work cut out for me,” she said in a 1986 interview. “I had to build an image, gain credibility and make it a strong voice in the black community.”

The station operated in the red for the first four years of her ownership. She took no salary for two years, living on previous earnings.

When Ms. Brunson assumed ownership of WEBB, the station operated only during daylight hours, and in order to expand to a more profitable 24-hour format, required the construction of two 350-foot towers.

After a protracted five-year legislative struggle with the Baltimore City Council, approval was finally granted for tower construction, and in 1986, the station was able to inaugurate its 24-hour format.

She bought WGTW-TV Channel 48 in Philadelphia in 1986.

She explained in a 1987 interview with The Baltimore Sun why she wanted to expand into TV.

“We all have a bit of fantasy in projecting where we want to be. Going into television at almost 50 — that’s crazy,” she said. “I’m secure, I’m safe. Why take on another $10 million worth of debt? Because I’m a dreamer. The great fantasy. The impossible, the impractical. Not to be caught up in the boredom trail.”

She later expanded her broadcast empire in 1990 when she purchased WIGO-AM in Atlanta and WBSM-AM in Wilmington, N.C.

Through the years, Ms. Brunson’s success was chronicled in Time magazine and The Wall Street Journal. She enjoyed mentoring young businesswomen and served as a consultant to various businesses.

In recent years, she was the owner of Bright Light Media, a Baltimore public relations firm, as well as owning and operating insurance and real estate development companies.

Ms. Brunson had not retired and was serving as a consultant to the mayoral campaign of state Sen. Catherine E. Pugh.

“She was my mother, sister, adviser and best friend. She was just brilliant and a great businesswoman,” said Ms. Pugh, who had been a close friend of Ms. Brunson’s for years.

“She was a woman who was way ahead of her time, and angered when women weren’t taken seriously. She was a visionary,” she said.

“She breathed my campaign, and on Friday, two days before she died, she was sending emails and called me. She was extremely active,” she said. “Words cannot express how deeply I took her advice and counsel, and her wisdom always astounded me.”

The Rev. Marion C. Bascom, who was minister of Douglas Memorial Community Church, was another longtime friend.

“She was quite a woman here in town. She was an able businesswoman and had been active in the civil rights movement and a founder of Associated Black Charities,” said Mr. Bascom. “She was a jovial woman but very businesslike. She was a tall woman and a take-charge person.”

Ms. Brunson explained her philosophy in the 1987 Sun interview, pointing out that people didn’t have the same veneration for business people as they have for athletes, actors or even ballerinas.

“But there is something in that great ballerina that makes her know she can dance. Within her is the capability to produce a symmetry that can rival the patterns of God, so to speak,” said Ms. Brunson.

“It’s only at that point in your life that you think for a moment you’ve got some perfection that you feel satisfied. Business people are no different — at least those of us who have that,” she said. “Some people are dancers, others are Rudolf Nureyev.”

Ms. Brunson was a member of Pennsylvania AME Zion Church, 1128 Pennsylvania Ave., where funeral services will be held at 11 a.m. Saturday.

Surviving are two sons, Edward Brunson of Baltimore and Daniel Brunson of Govans; two brothers, Clyde Porter Jr. of Brooklyn, N.Y., and Jerome Porter of Denver; a sister, Geraldine Jordan of Baltimore; and seven grandchildren. Her marriage to James Brunson ended in divorce.

FIND OUT HOW YOU CAN BECOME A SPONSOR